If you are in Sydney you just have to go once into Blue Mountains. So we nicked the company care and drove over the big Harbour Bridge and then on the highway in western direction.

Our first destination was the village Wentworth Falls with the name giving waterfall. There we had a picnic and could for the first time enjoy the beautiful view typical to the blue mountains. You stay on the upper edge of the plateau and look into a deserted valley surrounded by high red cliffs. Different paths lead on different altitude along the cliffs. We go a bit down and cross the falls below the upper part. It falls over three steps and had only little water which is blown away from the wind. A rainbow was the result.

On the other side the panel with the walking tracks shows a small loop. So far we did not walk much, so we wanted to do that. But then there were no signs anymore. But we could not get lost. On one side it goes down and on the other there must be a gravel road somewhere. Four and a half year ago my brother-in-law Dominik and I had wandered it a bit further until a nice place with good view. But our way was now much more interesting as it is not on the top of the plateau, but in the slope on the top end of the cliff and thus with a great view of the type we were looking for back then. We long passed the small loop when we found a path up. We got at some point to the gravel road and followed it to the village which we soon reach. Now we only have to go back to the parking. We walk and walk and walk. We get to a crossroad. Cool: on the other side you see in the distance the skyscrapers of Sydney. I start the navigation app on the phone. Oh, there are more than four kilometres to go! It is hot and Jann does not walk anymore since a while. I thought we could get back above the falls, only the roads lead around the vale leading to the falls. So the way back was a bit tougher than expected.

We then drove to Katoomba, the main town of the Blue Mountains. There Petra had booked the accommodation just next to the Echo Point. So we could enjoy the famous rocks of the Three Sisters and the far view over the valley in the sunset light. Somewhere over there should be the Jenolan Caves which we wanted to visit the next day. After the Nepalese dinner Petra went again to take pictures from the Three Sisters in artificial light.

On Monday the road led us over the Blue Mountains and back again to the Jenolan Caves. A more direct way exists only for persevering wanderers. The last part down into the valley was a lovely narrow mountain road as we are used from the Swiss Mountains. The arrival was unusual as the road passes a big cave and on the other side are a hotel and the parking. There is not much more.

Petra bought us tickets for a guided tour through one of the caves. It lasted about one and a half hours and should be doable for children. We went back to the "tunnel cave" and then up over a few staircases to the entry of the Lucas Cave. And it is spectacular. I goes up and down, there are many dripstones and one part of it was once even used as church. I had Kiara on the back and at times I had to lower a bit more. We had to look after Jann especially on the stairs then it was quite wet. And at the end we were somehow at the entrance again without passing the same part twice. And it was only a small part of the cave system and they offer quite a few more tours. And everywhere there are staircases and handrails leading up the mountain.

But we sat down at the small Blue Lake to have our picnic. That is a small artificial lake just next to the "tunnel cave". We then walked a bit down the valley and met a few lizards.

At the end we went back to Sydney in the evening rush hour traffic. 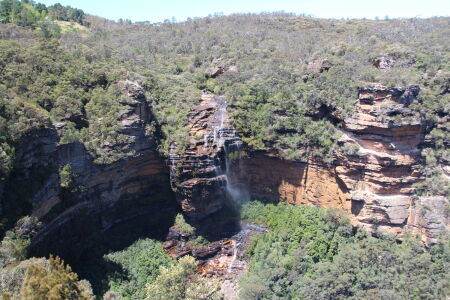 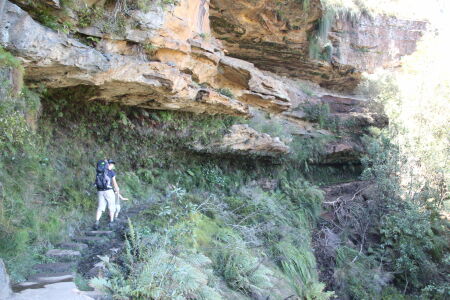 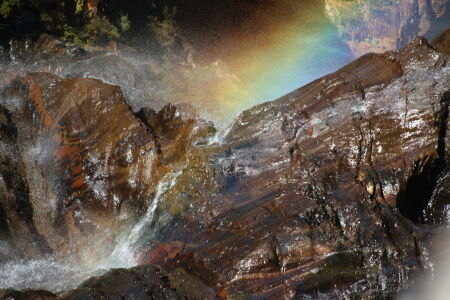 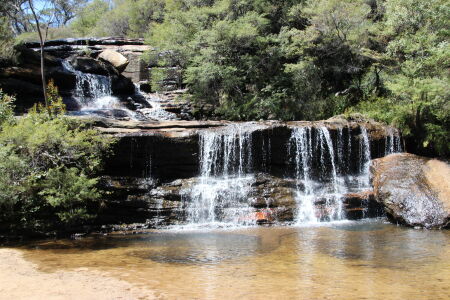 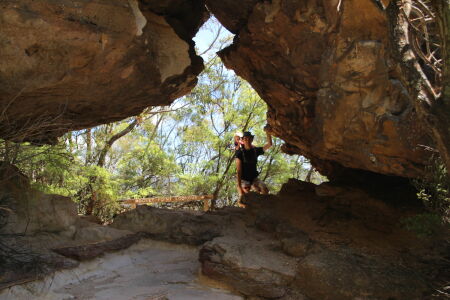 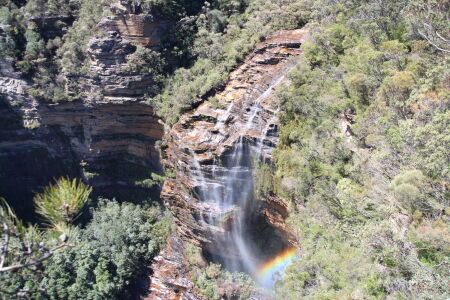 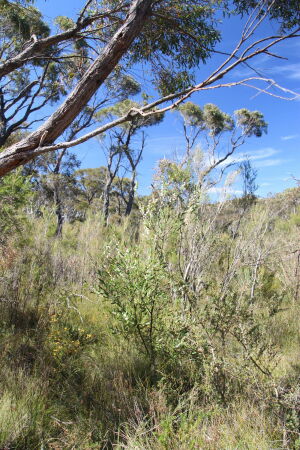 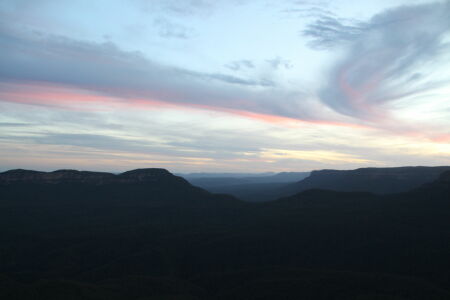 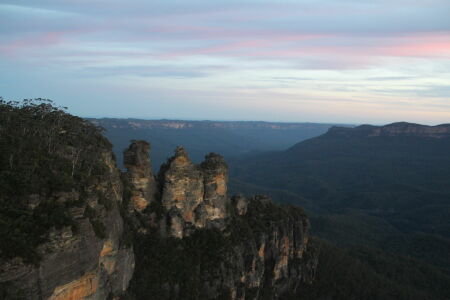 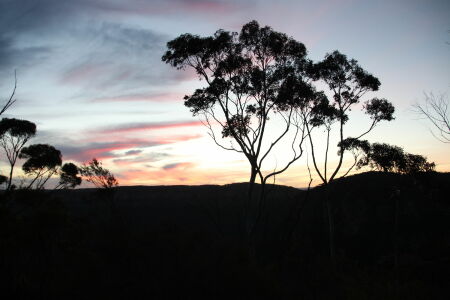 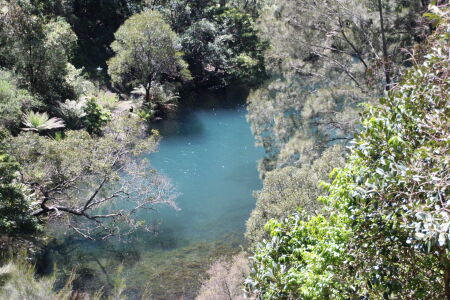 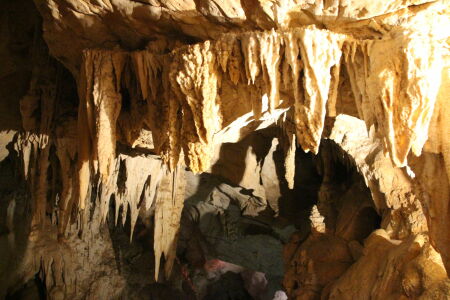 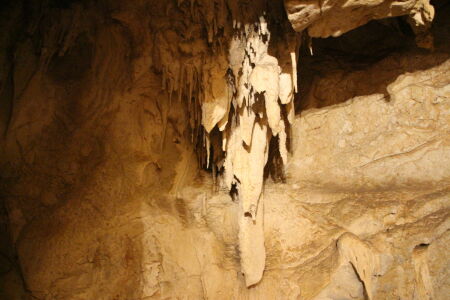 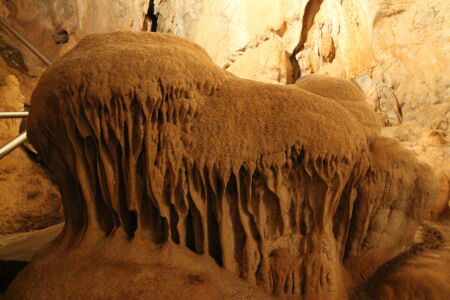 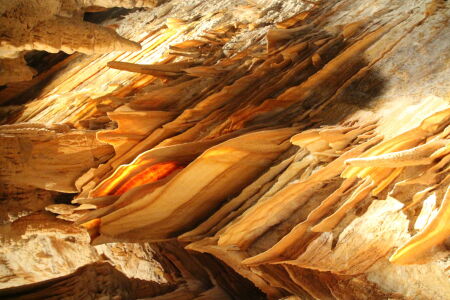 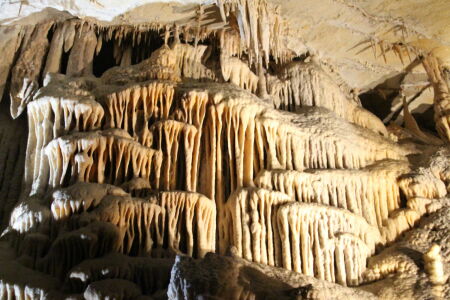 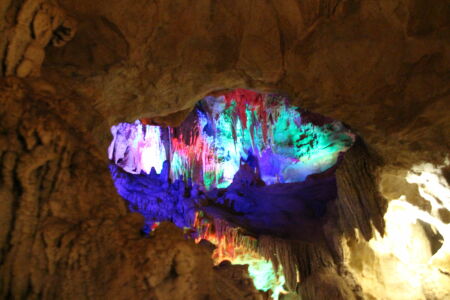 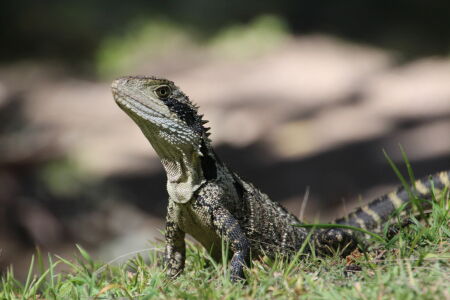 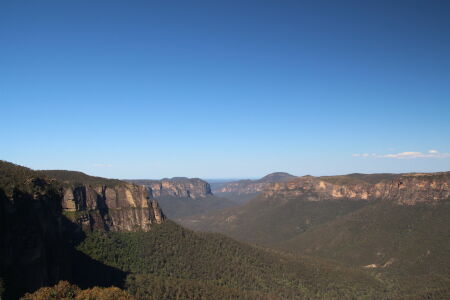