On late Sunday afternoon we checked in to our cabin on the camping resort in South Mission Beach. We chose this accommodation because the beach is over the road and with luck we can see southern cassowaries.

For dinner we drove to Mission Beach as there are some restaurants. On the road we looked out for cassowaries because here live 40% of the Australian cassowary population and there are signs everywhere to drive carefully. As we hoped to see one again I did not drive very fast. Konrad detected something moving in a side road. So we made an U-turn and met our second cassowary. With some distance we marvelled at the bird which did not let disturb itself while feeding.

In Mission Beach we first went to the beach which was already in the shadow. But the kids did not care if only they could play. After the sun set we looked for a restaurant. We then chose one with gluten free pizzas on the menu. They were very rich.

After we went back to the cabin. There was a bunk bed, but on top there was no safeguard and it was only allowed for children over 9 years. This means that one of the two older ones should slep on the sofa bed. But then Jann and Kiara wanted to share the sofa bed so we could put the tent of Larina onto the lower bed.

On Monday morning we drove to Bingil Bay and wanted to climb the hill. But the hike was rated difficult and as we should not yet strain Jann to much, we backtracked and went to the beach to play. There was a small creek where the children took water from. After Larina was wet up to the hip and full of sand.

The lunch we enjoyed about 200 m away of the Clump Point Jetty. So we walked from there to the jetty. After we checked it out we wanted to walk back. But there was again a small creek which the kids loved to play with. So only I walked back to fetch the car.

We then went to Lacey Creek to make a short stroll through the rainforest. Then we went back to the camping as I had to wash the clothes.

The weather forecast for Tuesday was not great. As it was mainly raining in the morning, we stayed close. In the morning we went to the beach but soon it started to rain and we returned to the cabin. Jann and Kiara enjoyed our home cinema and looked together with Konrad cartoons. Larina sat on the veranda and sang while I was writing for my blog. She likes to sing for herself while playing.

After lunch the rain stopped and it just mizzled a bit. So we drove to the Fan Palm Walk and hiked the short circular track. Inside the forest the rain was nearly not noticeable. According to the definition of Kiara a rainforest is a forest where it rains. For today she was right. Next to this circuit was another smaller one for kids. You could follow cassowary foot prints until the net. The children run from one print to the next and liked it.

We did not want to stay all afternoon in the cabin and wait for the rain to cease. So we drove to Mission Beach to drink a hot chocolate. But all cafés where closed, so we drove to a shopping centre and there was indeed an open one.

On the way home we saw in a pasture a male cassowary with four chicks. Cassowary females only lay the egg and then disappear, the hatching and child care do the males. Again we were at the right time at the right place. Amazing that we could see in this environment several cassowaries. All we saw from the car. I prefer that with the children as these animals can get dangerous if they want to defend themselves. 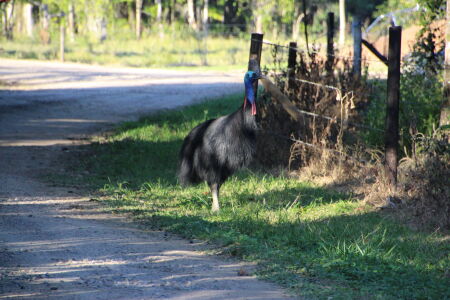 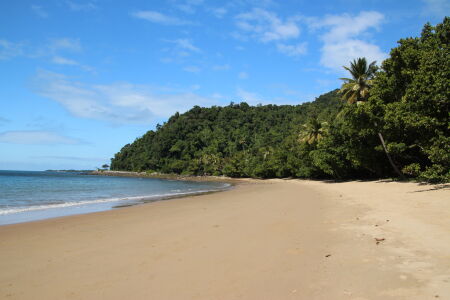 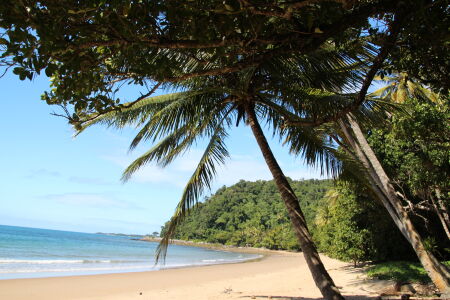 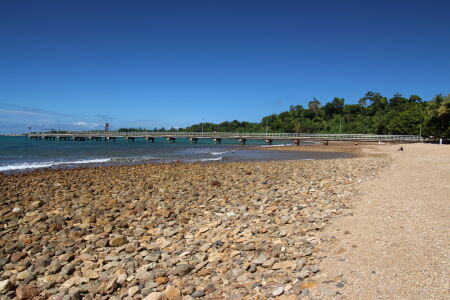 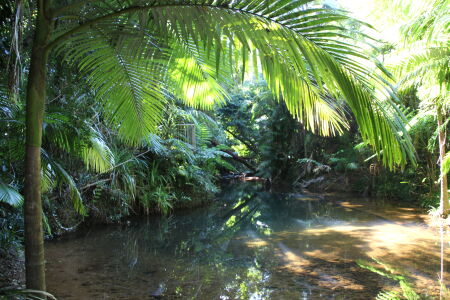 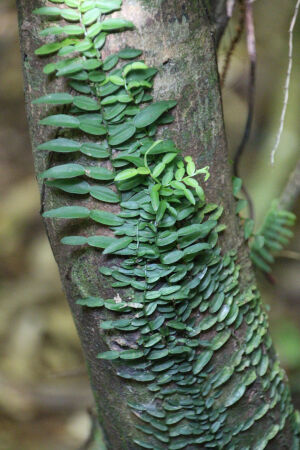 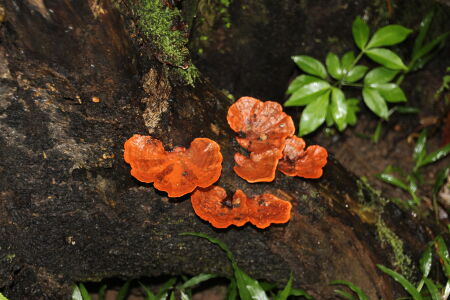 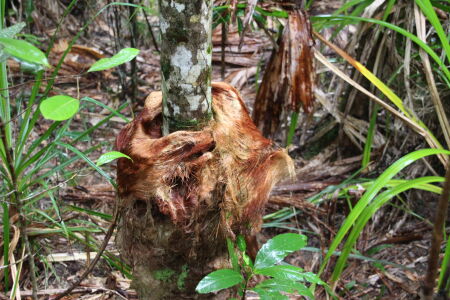 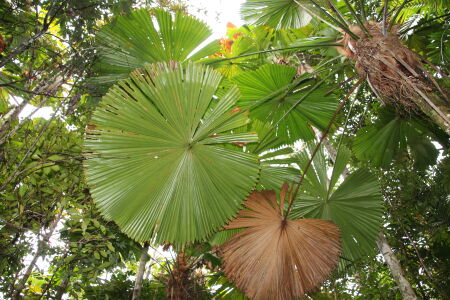 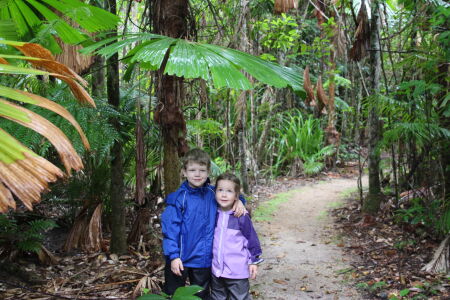 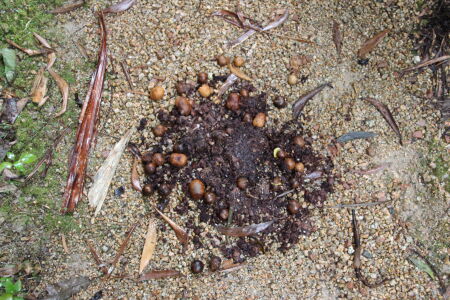 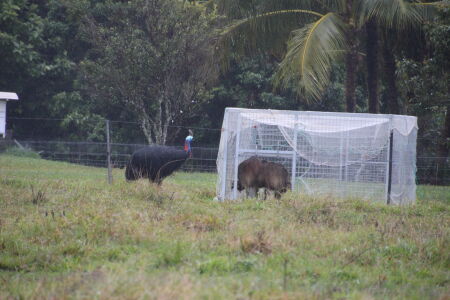 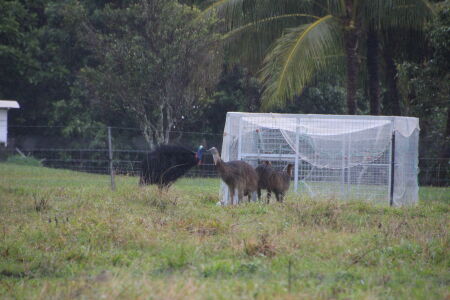 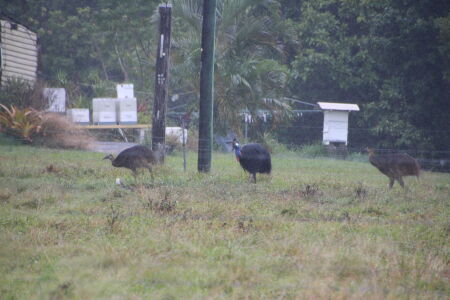