First we wanted to go by train from Kunshan to Shanghai. But Caren told us that we better take a taxi as it would be quite complicated by train. After a last walk in Kunshan the taxi was awaiting us. We started after our destination address was rewritten in Chinese on the reception. We got to Shanghai without any problems. At one point the taxi driver explained us in Chinese that we are there. There were a few small shops, but not a house which could host a youth hostel at the sixth floor. We tried to explain that we are wrong. So we called the phone number of the hostel and he called to ask for the way. He also asked a few taxi drivers and other people. Konrad told me that we are wrong as he drove through the tunnel to the other side of the river. Konrad was already once in Shanghai ten years ago. He gave up after we went back through the tunnel to the center. We were also glad to be able to change the taxi. The new driver did not speak English either, but with calling again the hostel she managed to find it. At the youth hostel we got a very nice room with balcony. After a short break we went sightseeing despite the rain. On the way to the Urban Planning Museum three young Chinese asked us if we could take a picture of them. No problem and after they made some small talk with us. Then they apparently got the idea that we might visit together a tea house. The museum would anyway close at 4pm. We thanked for the suggestion but wanted to go to the museum. Konrad told me that it is part of Shanghai that students try to get you in a restaurant or an exhibition. The museum was open until 5pm and so we could at least see the city in miniature. In the museum Konrad found a bit an expensive, but water-proof city map in English. With that map we could explore Shanghai walking. On the way to the old town another group of students started to talk to us. Konrad took kindly the picture. I continued walking and also Konrad left out the small talk. In the old town we walked over the Zig-zag Bridge. Then we went to the Bund, the river promenade of Shanghai. From here we could see the many colonial buildings on our side of the river and the new skyscrapers on the other side of the river. Here we met another ominous group of three, but I looked so grimly at the girl that it did not dare anymore. And now we know why the skyscrapers are in German called Wolkenkratzer (cloud scrapers). The really big ones disappeared in the clouds. Our dinner we had in a small restaurant in a side alley. We did not order much, but we got so much rice that the leftover is sufficient for the breakfast of tomorrow. 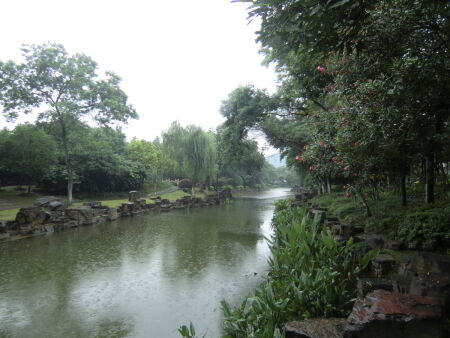 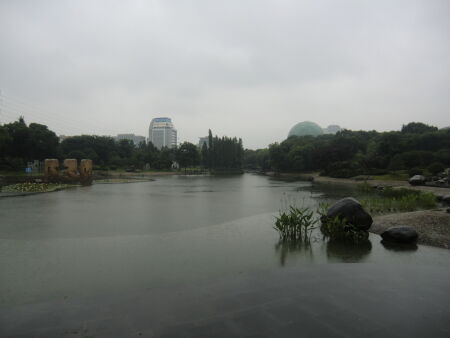 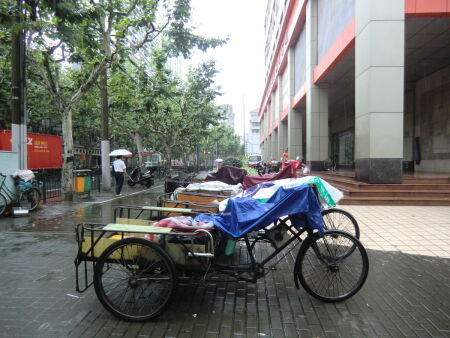 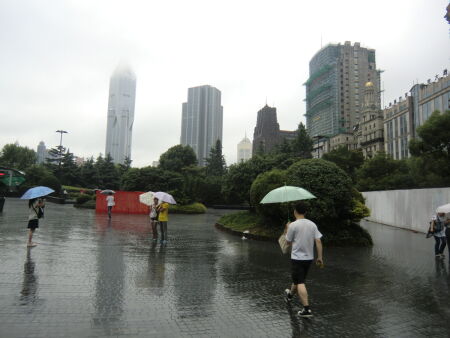 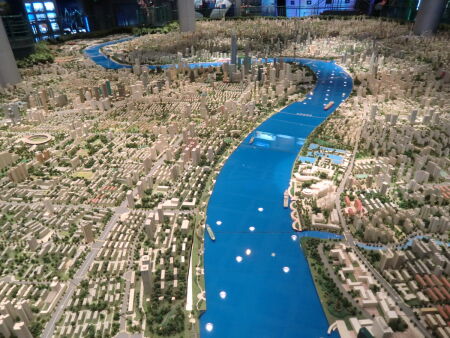 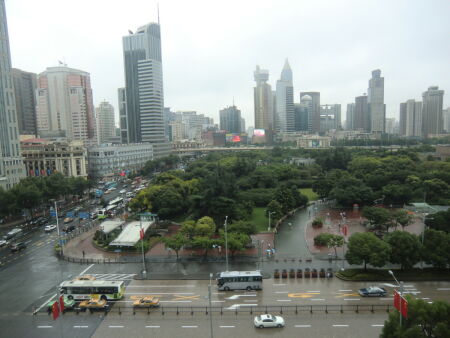 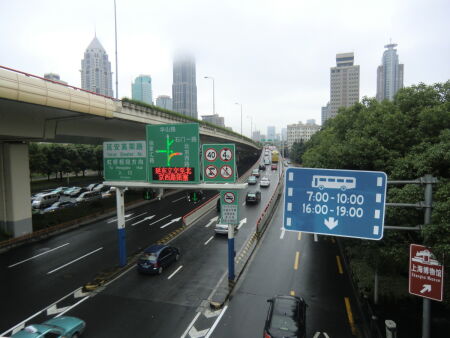 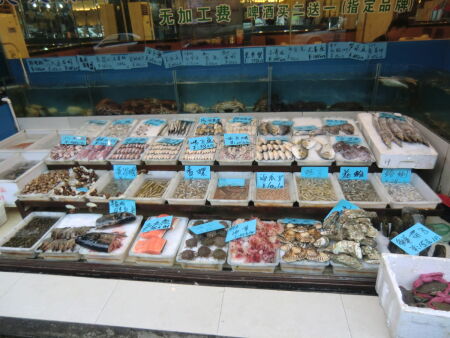 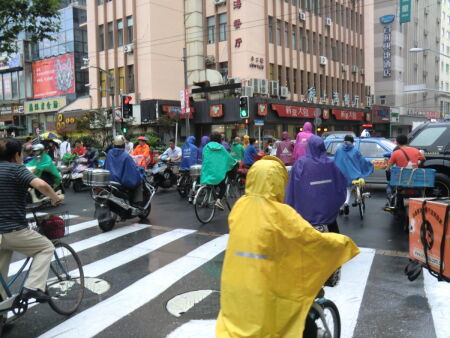 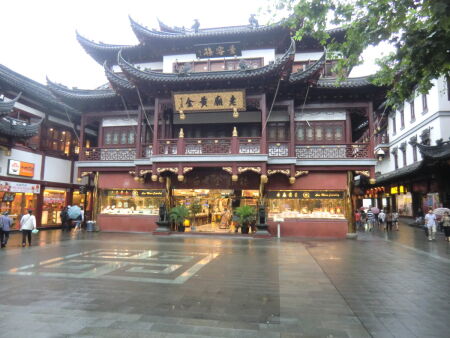 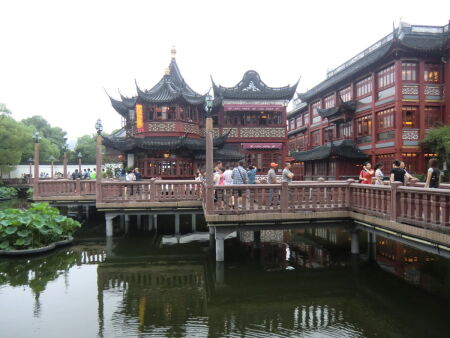 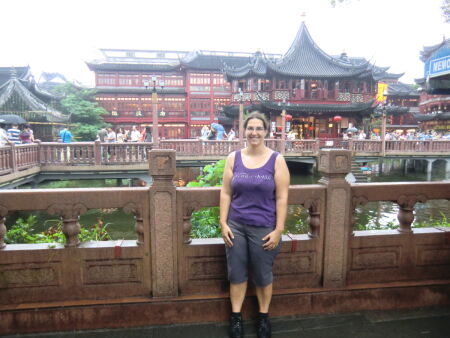 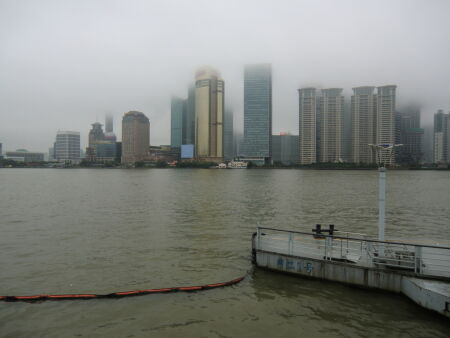 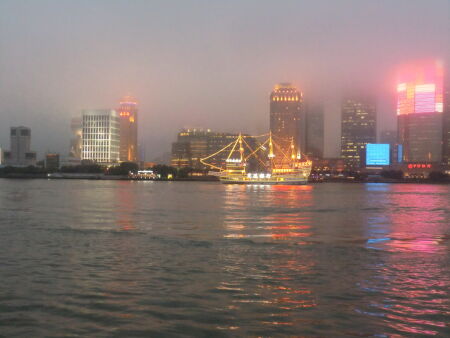 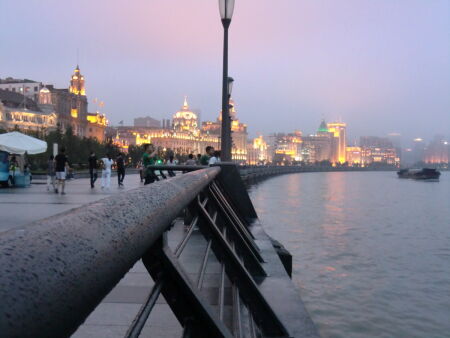 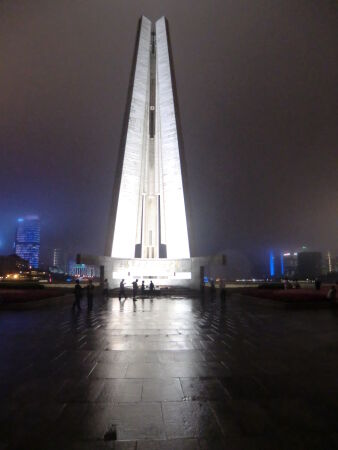 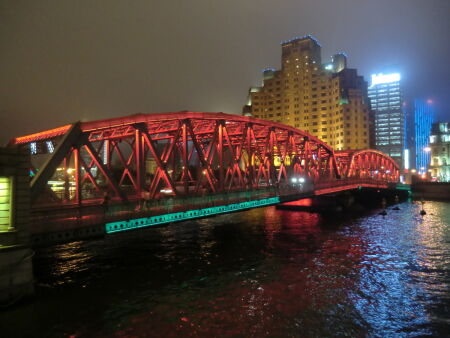